Honorary BTS Members who were survivors

Some Titanic survivors became Honorary British Titanic Society members, shared their memories at many conventions and contributed to the Atlantic Daily Bulletin. 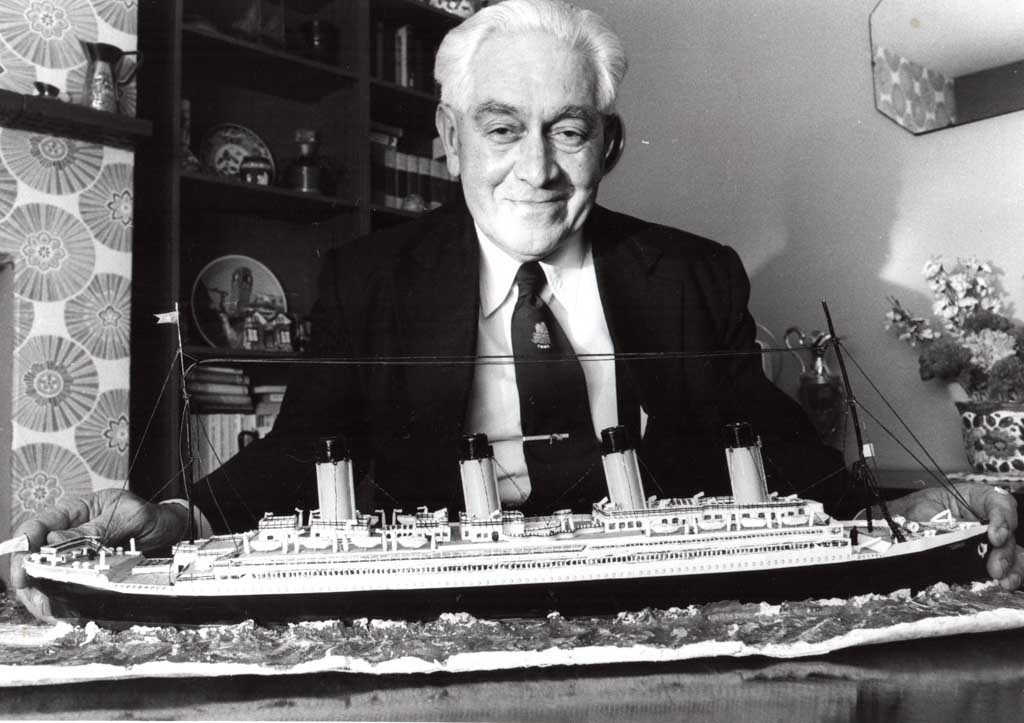 Bertram Dean with a model of Titanic

travelled with their parents Bertram Frank and Eva Georgetta Dean as third class passengers on Titanic. Their father helped put his wife and children into a lifeboat and was lost with Titanic. 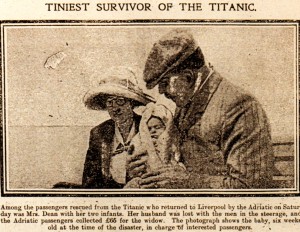 Millvina was just nine weeks old, and her brother was two years old.

A newspaper article from 1912 (left) pictures Millvina, and the text reads: ‘Among the passengers rescued from the Titanic who returned to Liverpool by the Adriatic on Saturday was Mrs. Dean with her two infants. Her husband was lost with the men in the steerage, and the Adriatic passengers collected £65 for the widow. The photograph shows the baby six weeks old at the time of the disaster, in charge of interested passengers.’ 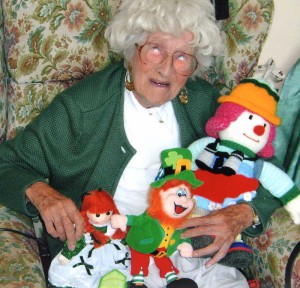 Millvina became the last of the survivors and died in May 2009. The Millvina Dean Memorial Garden in Southampton (near the entrance to the SeaCity museum) opened in 2012 with a dedication ceremony, and remains a peaceful haven in the busy city centre. Details of the ceremony with pictures can be found here. 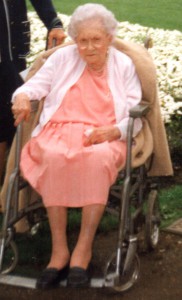 was born in 1896 in South Africa, and boarded Titanic at the age of 15 with her parents as second class passengers. Edith and her mother escaped on lifeboat 14, but her father was never found. 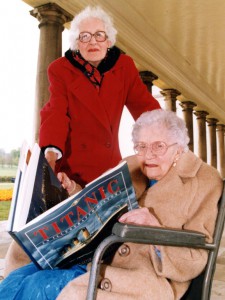 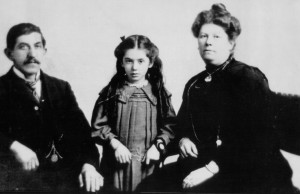 Eva Hart also attended many conventions and spoke of her experiences. Eva was 7 years old when she boarded Titanic in Southampton with mother Esther and father Benjamin. They travelled as second class passengers and were emigrating to Canada. Eva’s mother had a premonition that something disastrous would happen to the ship, and was waiting wide awake when the collision occurred. Benjamin placed Esther and Eva into lifeboat 14, and that was the last they saw of him. 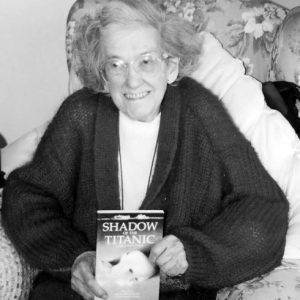 In 1994 Eva wrote her autobiography ‘Shadow of the Titanic – A Survivor’s Story’ and took part in many interviews and documentaries. There are two interviews freely available through the BBC archives here. Eva died in 1996 at the age of 91. A Wetherspoons pub near her home in Chadwell Heath, London has been named in her honour – ‘The Eva Hart’.